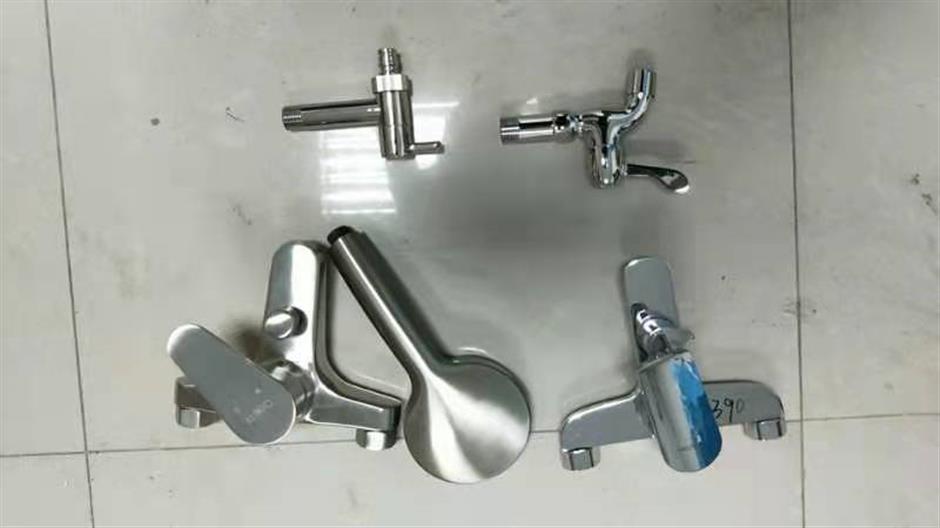 A substandard shower nozzle and faucets.

Nearly a fifth of shower nozzles and faucets checked by the city's market watchdog failed quality tests with some posing safety hazards, authorities said on Tuesday.

Faucets branded "Submarine" sold on Tmall was found to have excessive leakage of lead, posing a safety hazard, it said.

Four batches failed for their resistance to corrosion.

A batch of faucets produced by Guangdong Chaoyang Sanitary Ware Co and sold on yhd.com were also on the list, the administration said.

Two batches of shower nozzles including one branded Mejue and sold on yhd.com failed for substandard anti-siphon properties, which will lead to water pollution, according to the administration.